Prank or Be Pranked! 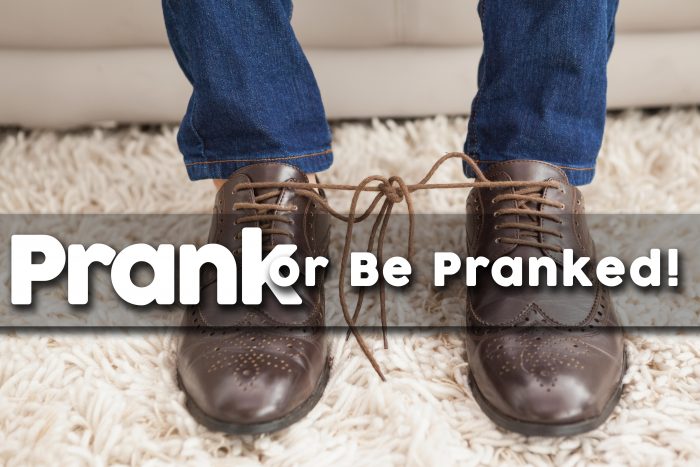 Prank or Be Pranked!

Hopefully the special day will bring you some joy and laughter.  Everyone knows how to celebrate the day, by pranking your friends. However, does anyone really know exactly why April 1st is dedicated to pranksters? The truth is, no, not really. The origin is questionable, but there are a few significant details in history that may have lead to the celebration of April Fools Day.

When Julius Caesar created the Julian calendar, the length of the solar year was miscalculated by eleven minutes. Though this seems like a subtle difference, every year that passed was pushing Easter farther away from the Spring Equinox. In 1582, France switched from the Julian calendar to the Gregorian calendar in order to change the day of Easter.

Because no one had cell-phones or Internet back then, the news travelled slowly. Some had no idea that the beginning of the year was moved to January 1st, and continued to celebrate the New Year during the last week of March. These people were laughed at and considered fools for their lack of knowledge, resulting in jokes and tricks.

One of the original April Fools pranks dates back to this time period. Those who didn’t receive the news in time were called “poisson d’avril” which means April fish. This was an insult because the April fish was said to represent an “easily caught fish,” symbolizing a gullible person.

In ancient Rome, there was a celebration called Hilaria which took place near April Fools Day where people dressed up in disguises, which connects to tricking gullible people.

Yet another guess involves the spontaneous, unpredictable weather that occurs during the Spring.

It wasn’t until the 18th century that April Fools Day began to grow in popularity throughout Britain and Scotland. In Scotland, tradition started as a two-day event. The first day, “hunting the gowk” took place. “Gowk” is a word intended to symbolize a fool. The second day was known as “Tailie Day,” when pranks included pinning fake tails on others and placing “Kick me” signs on their backs. You’d think that our maturity levels would increase over time, but apparently not. Hilariously, “kick me” signs are still used today.

In modern times, pranks have become a little less insulting and humiliating, and a little more playful and amusing.

What kind of pranks can you think of?

All of the information for this post came from History.com and Time.com.

Hot Rods to Tuners: Car Modifications Through the Years