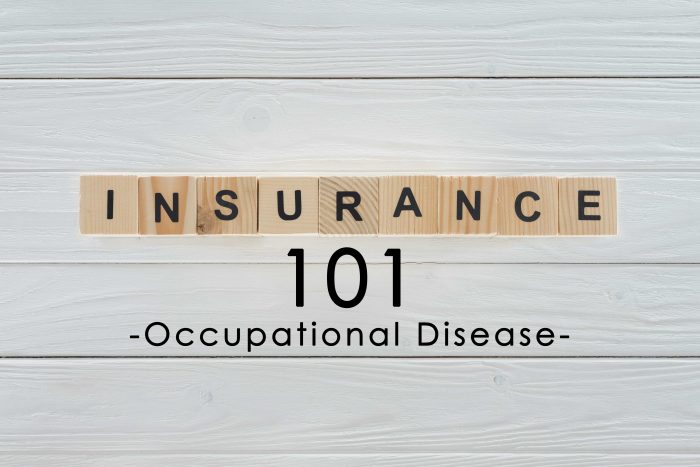 Have you ever seen the show about the world’s dirtiest jobs? Wouldn’t you love to be a sewer inspector or a cleaner of crime scenes? While these jobs sound exciting compared to your average day at the office, dirty jobs expose workers to chemicals and other substances that put these people at risk of getting injured or ill. All businesses are required to have a workers compensation policy for situations that require medical care for employees. However, workers compensation isn’t always just about injury–it can be for diseases that are specifically associated with completing tasks for that job.

An occupational disease is not a disease that one is just as easily exposed to outside of the workplace. For example, if you are exposed to strep throat because a coworker has strep throat, you are not covered by workers compensation. A disease like strep is an exposure you face every time you are in public.

When an employee feels a disease has been contracted from the workplace, most states require direct proof that associates the disease with the line of work. It only makes sense that one would be required to provide proof of correlation when seeking financial coverage for a disease. The specific job title is a huge part of whether coverage will be provided or not. A job title must require a task that could link to the disease in question. If a task could not link the employee to the disease contracted, coverage is not provided.

Firefighters are commonly victims of occupational diseases, which can easily be contracted by smoke inhalation. If a long-term firefighter contracts a form of cancer or another disease from their line of work, this could be considered an occupational disease. As always, the employee must provide proof of correlation, which relates their line of work with the disease. At the same time, the employer may attempt to object the accusation if the employee is not assigned to tasks which could have caused the disease in question.

In summary, illnesses that are considered occupational disease according to state law can be covered by workers compensation.

Should You Have Family Members Working for You?

Four Paths to Selling a Home

When Working From Home Is Running a Small Businesses

How Do You File a Life Insurance Claim?

Tips for Selling Your Used Car

Adding Appeal and Value to Your Home Through Landscaping & Lawn Care