Weird Stuff You May Not Know About Grocery Shopping 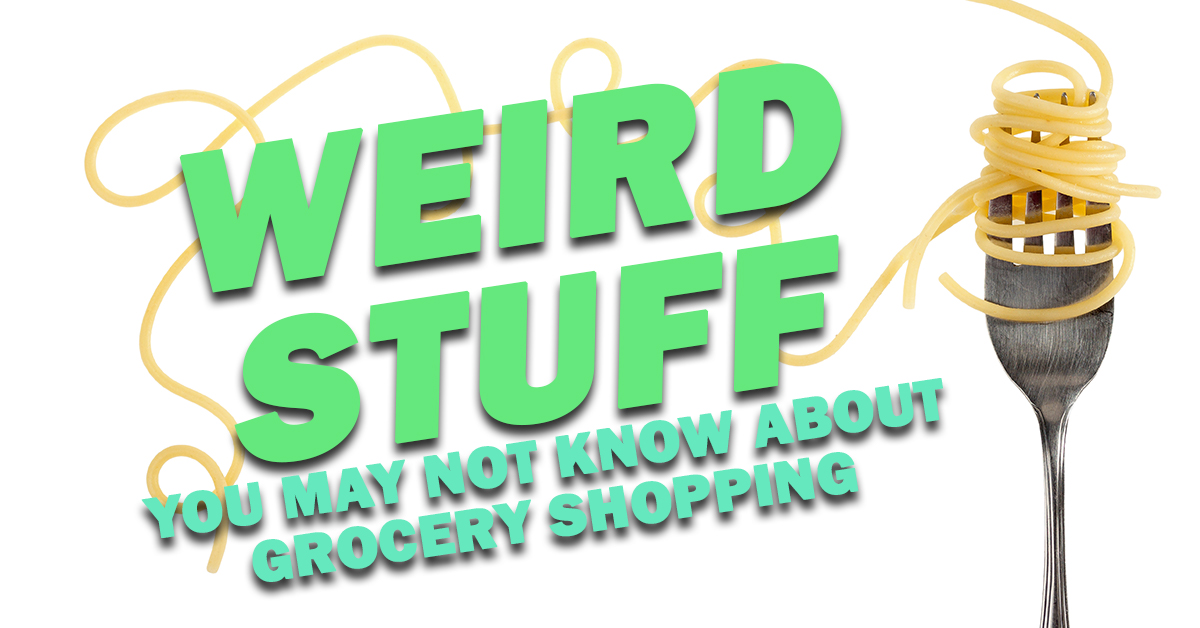 Weird Stuff You May Not Know About Grocery Shopping

At some point or another we’ve all done it. We likely do it with someone else or by ourselves, but we rarely do it in groups. For as frequently as we do it, we know relatively little about it. Of course, what we are talking about is grocery shopping.

Have you ever found yourself saying, for example, “I’ll be back in a minute, I am just going to run up to the grocery store?” Odds are it will be more than a minute…far more. The average shopper spends 40-45 minutes per regular visit to the grocery, not including travel time. Add five minutes to that average if you are shopping on a Saturday or Sunday. Maybe the reason it takes so long is there is so much to look at. The mainstream grocery stores carries about 40,000 items!

What do we spend the most on? It may not surprise you to find out it is on processed foods and sweets. These account for about 25% of the total grocery bill for the common family.

If you think these stores are raking in the cash, you are right. The normal grocery store sells in excess of $455,000 weekly, translating to about $65,000 daily. That’s a lot of bananas.

Did you know that grocery stores actually have a “rush hour”? They are busiest during weekdays between four and five pm. If you want to avoid the crowds shop early in the day. Mondays and Tuesdays are the slowest days for grocery stores. Online shopping is a growing trend in groceries, but be careful. Online grocery shoppers tend to spend about $40 more than in-person shoppers. This may be, in part, because online shoppers tend to be more brand-loyal.

Most grocery shoppers are still female. Even in multi-person households, 70% of shoppers are women. The average shopper in stores, by the way, is 44 years old.

If you use a shopping list when going to the grocery, you are in the majority. More than half frequently or always use a list. Sticking to that list is another story. The most frequently purchased items in a grocery store, by category, are soda, milk and bread.

If shopping carts seem to have gotten bigger, there’s a reason behind it. Stores have discovered that the larger the grocery cart, the more shoppers will put into it. Who would have thought?

Simple tips include shopping with a list and sticking to it. Don’t shop when hungry and be open to buying less expensive brands. Shopping for groceries may never quite be enjoyable, but it can be less expensive.